Time For A Change

I have been tossing around whether to cut my hair short or not for a while now.

It was getting out of control and was starting to look hayish damaged  on the ends. 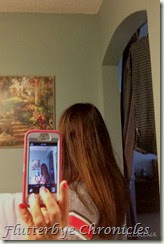 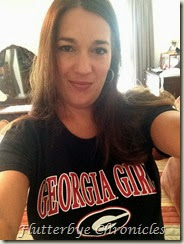 So I asked my sis n law what she thought and she sent me about 6-7 pictures and then she sent me this one and said this was it!

I needed to do it! 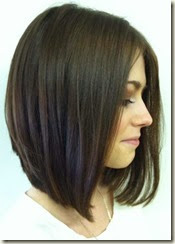 Patrice was a tad bit excited I was doing something new. She informed me that she needed after pics ASAP!

So I made my appointment and sent the picture to my hairstylist Terri.

I think Terri was a bit excited that I was doing something different to. She has been my stylist since 1998 and I can probably count on one hand how many times I have actually had a “style” & not just long hair with a couple layers.

I was a bit nervous. I mean that is only some of the hair that came off of my head! 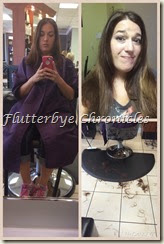 I also had a glaze put on. Don’t I look stylish in my smock and towel get up. I think I look rather smashing. 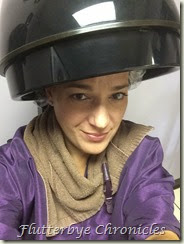 TADA! As Terri said “Nailed It!”

She did a fabulous job and I love everything about it. 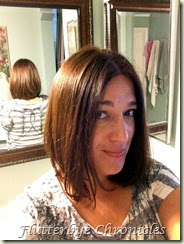 since it is nice and short I don’t mind the fact it is 100 degrees outside today…Just kidding I do…. is it Fall yet!!!