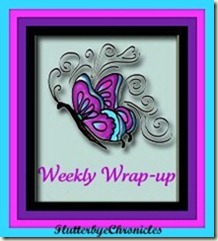 Tilda had a great Birthday Monday 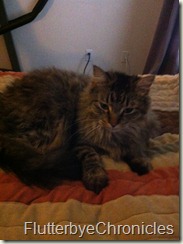 She was not a happy camper that I woke her up to see her gifts, but she soon turned that frown upside down. 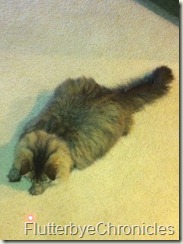 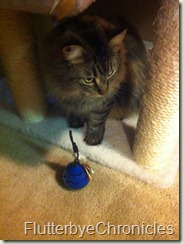 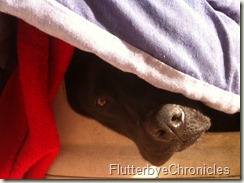 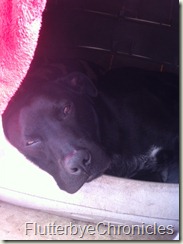 He was not thrilled I pried back his covers.

So Mr. Matt has been on a rice and chicken broth diet all week.

Then the school called and said Bub had messed up his neck while adjusting his backpack on the way to class.  So I said give him some Motrin and if it is not to bad send him back to class because I am picking him up in a bit for a appt.

I quick get Matt squared away, jump in the shower and head to the school to get him for his Ortho appt and see what this whole messed up neck business is.

Poor kid had sat in the clinic for two periods with ice on his neck after they gave him the Motrin…Only called me once..WTH????

←Not A Happy Mamma.

So we get home so he can scrub those toofuses and head out to the Ortho and call the Chiro on the way to set  up a appt. 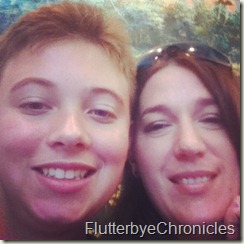 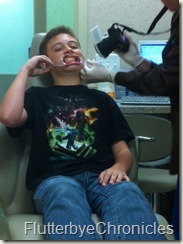 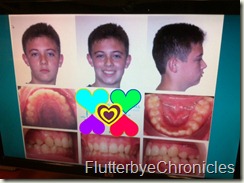 He has such a pretty smile.

I was hoping for just bottom braces since his top are pretty much perfect if you ask me, but his bottom teeth are crowded and he has a over bite so full set. When they told me how much his braces were gonna cost I about passed slap out in the office.

We went to Sweet Frogs for some frozen yogurt to drown my sorrows. I love there frog logo. I have a huge frog just like it from back in the day when they used to be sold with hello kitty stuff.  It is probably squished at the bottom of my sons closet. 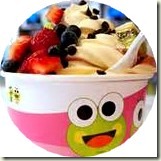 Then off to the Chiro…Sorry no

His neck is still messed up so he has been to the Chiro one more time and we are going again today.

Well one pooch sick was not enough. Ginger decided to join the party yesterday. 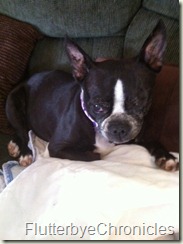 Pitiful numero dos ← and yes I mean that in both senses of that phrase. Ewww

Rice and chicken broth diet for her as well.

Tilda was getting jealous soo 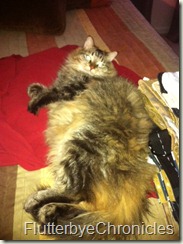 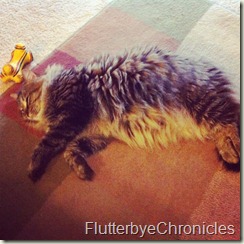 She pretended to be all pitiful so she could get in on the sympathy action.  She did toss her cookies once but I think that was just a normal cat thing.

I also joined BzzAgent and am hoping my new

campaign kicks these weeds to the curb. They are spreading like wild fire. 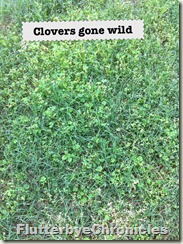 I will keep you posted.

Have a great weekend everyone and keep your fingers crossed everyone gets well in my house.